HFP Racing invites you to Ohio’s season opening Super Sprint, Sprint, Olympic, and Half Iron distance triathlons — the Salt Fork Triathlons. This exciting weekend gives participants an opportunity to race alongside the American Triple-T participants in one, two or three races during the American Triple-T weekend. Choose to race the Saturday morning Salt Fork Super Sprint & Sprint Triathlon, the challenging Salt Fork Olympic Triathlon or the Salt Fork Half Iron Triathlon on Sunday. You will find yourself swimming in the beautiful Salt Fork Lake, riding the challenging hills of Salt Lake Park, and finishing with a run on the rolling roads within the park.

Not Ready to Solo? No Problem. We have an exciting Salt Fork Relay Team competition. Get together with friends and tackle the weekend. Relay Teams are formed of 2 or 3 competitors that compete as a team to finish the Triathlon. Only one person is on the course at a time, all team members must complete at least one section of the course.

Mixed Relay Competition: The mixed relay format takes an individual sport and combines it with pure team spirit. Your team is composed of four people, two males and two females. Each completes an entire sprint triathlon – Swim 450 meters, Bike 14 miles and Run 3.28 miles. The athlete’s accumulated time will be the score. 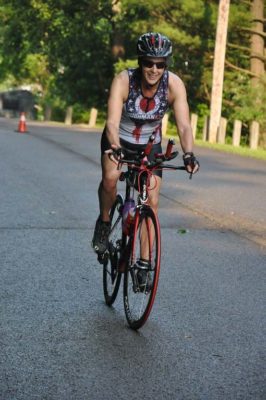 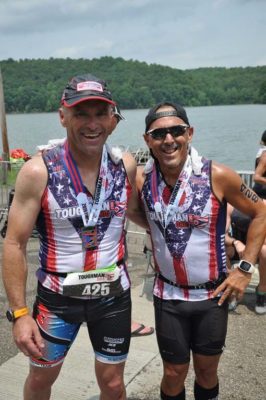