CAN TEAMS PARTICIPATE IN THESE RACES?

Are you wanting to race as an Individual but not quite up for the Triple T? Then take on the  the Salt Fork Triathlons. Super Sprint, Sprint, Olympic, & Half Iron distances available.

DO I HAVE TO WEAR THE OFFICIAL SINGLET?

Yes, all Triple-T participants ARE REQUIRED to wear the current years American Triple-T singlet at all times during the four events (except for the swim). This is a special part of what makes the American Triple-T unique.

HOW IS YOUR SCORING CALCULATED?

Your total time is calculated for the final score.

HOW DO WE START?

All events feature time trial starts based on this time.

WHAT IS THE TERRAIN LIKE AT THE AMERICAN TRIPLE-T IN OHIO?

ARE THERE CUTOFF TIMES FOR THE RACES?

WHAT IS THE WATER/AIR TEMPERATURE AT THE PARK IN May?

WHERE IS SALT FORK STATE PARK?

Salt Fork State Park and the closest city of Cambridge, OH are located at the intersection of State Route 22 and Interstate 77 in the lush foothills of the Appalachian Mountains between Canton, Ohio and Wheeling, West Virginia. 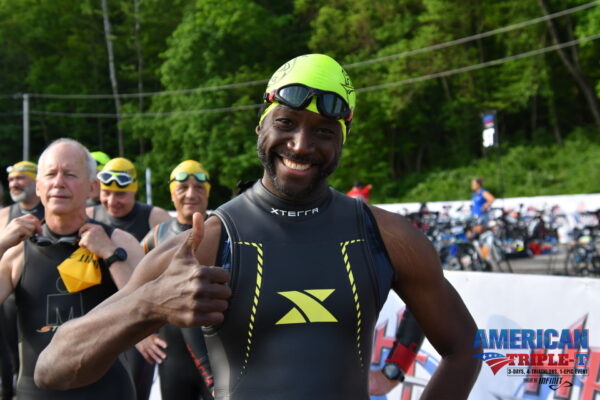